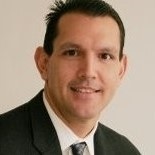 Chris entered the securities industry in 1998 after serving eight years in the U.S. Navy. He earned a BS in Management from Southern Illinois University and completed his Certified Investment Management Analyst (CIMA®) designation in 2011. The first five years in the securities industry his focus was as a producing representative. In 2003 Chris joined Kovack Securities. In addition to being a producing representative, he developed the Insurance Department at Kovack Securities and managed the Fee Based Annuity Platform for Kovack Advisors.