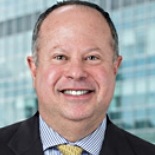 Prior to joining Berkshire Capital, Jon had spent his entire career at First Union and a predecessor bank, First Fidelity Bancorporation, beginning in 1984. He has extensive experience in the corporate finance area focusing on M&A and capital planning and was a Senior Vice President responsible for acquisitions and divestitures in the Northern part of First Union’s franchise.

Jon graduated from The Wharton School of the University of Pennsylvania with a BS degree in Economics and received an MBA in Finance from Rutgers University. He is also a CFA charter holder.